The Secret of High Performing Teams 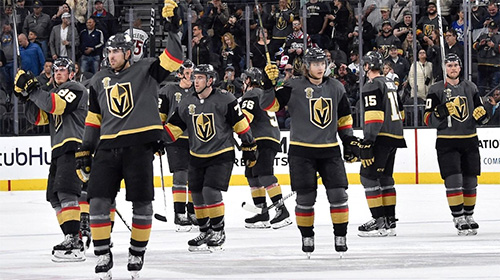 When they reached the Stanley Cup Final people who do not play, watch or follow hockey took note.  On June 15 TSN reported, “The Vegas Golden Knights are coming off the most remarkable first season in the history of North American professional sports, winning their division and reaching the Stanley Cup Final. "The Las Vegas Review Journal referred to the team as: "Knights to remember, the most improbable inaugural season of all time.”

And last week, they won four NHL Awards!  Head coach, Gerard Gallant won the Jack Adams Award, after receiving 102 of the 108 first – place votes. The Jack Adams Award is awarded annually to the National Hockey League (NHL) coach "adjudged to have contributed the most to his team's success." It is the league’s coach of the year award.

Clearly Gallant is a trusted leader and a trusted advisor to his coaching staff and players.

The secret of high performing teams is TRUST.  Simply put, teams and organizations with a culture of trust outperform.
When the members of the team trust the leadership they outperform.

Not only do we see examples every day in sports and in business, empirical studies have validated this.

In a study of 355 college basketball players from 30 teams, Dr. Kurk T. Dirks found that team members’ trust in leadership positivity affects the team’s performance. Teams that trusted their coach won more games than the teams that did not trust their coach.

His research applies to many other settings. Whether you are a CEO, a coach, a general manager, a team leader, a manager or a project manager, trust is a leadership imperative and it is the secret of all high performing teams.